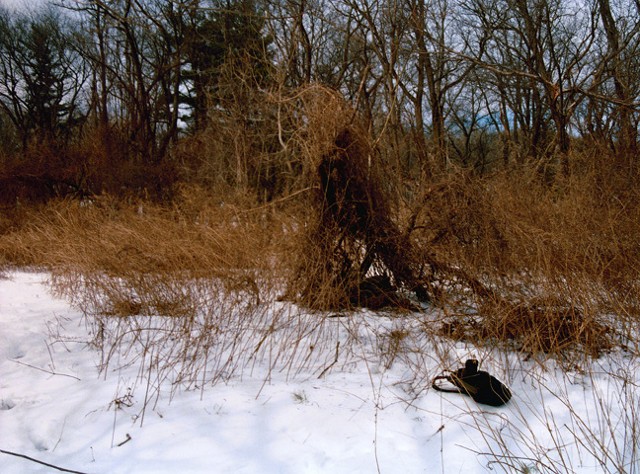 This piece is in response to the death of a 20-year-old undocumented immigrant from Honduras found frozen to death in a forest on Long Island in February 2007 when temperatures dropped below -8 Fahrenheit. I re-enacted the scene in Van Cortland Park in an area which could work as shelter. During the performance, no one passed by. I have done this performance in other venues (The Bronx Museum 2010, Brook Park Community Garden and Socrates Sculpture Park 2011), and taking into account the location as possible shelter and adjusting to weather. Documentation of this piece has been exhibited in Marconne Gallery and Community Space Litmus in Anyang, Korea.